An island. Located off of the southeast coast of Massachusetts. Accessible only by boat or air. Largely unspoiled and under developed with thousands of acres of conservation land. The most beautiful, uncrowded, ocean beaches on the entire eastern seaboard. Farmland, pastures, ponds, marshes, abundant wildlife, ancient stone walls, small villages, large views to the sea and sound. A tight knit community that looks after their own. This is Martha’s Vineyard.

The island has a history that dates back thousands of years when it was settled by the Wampanoag tribe. Ancestors of the Wampanoag continue to live on the island today. There is some evidence that the Vikings reached Martha’s Vineyard although this theory is difficult to say for certain. In 1602 the island was discovered by an English explorer, Bartholomew Gosnold, who named the island Martha’s Vineyard after his daughter Martha and the plentiful vines of wild grapes found along the island’s shores.

Today, the island is a popular vacation escape from nearby cities of Boston, New York, and Washington. You will also find many vacationers and second homeowners from Los Angeles and San Francisco to the west and from London and France to the east. There are six towns on Martha’s Vineyard with three (West Tisbury, Chilmark and Aquinnah) found “Up-Island” and the remaining three (Vineyard Haven, Oak Bluffs and Edgartown) found “Down-Island. The Up-Island towns are more rural with little commercial development while the Down-Island towns are made up of small villages with hotels, inns, marinas, shops and beaches. 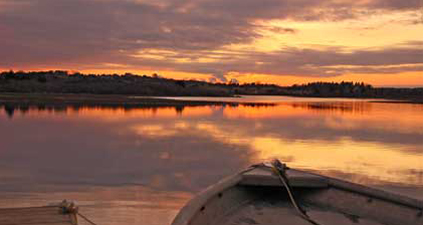 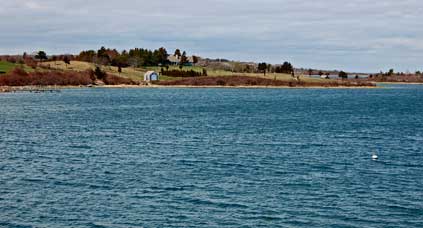 Some of my favorite places on Martha's Vineyard